Following various requests from abroad, an English-language edition of the solar thermal yearbook SOLARE WÄRME (SOLAR HEAT) has now been published. The 22-page publication can be downloaded free of charge at www.solarthermie-jahrbuch.de.

„We are pleased about the interest from abroad, the furthest request came from Canada“, says Detlef Koenemann, publisher of the solar thermal yearbook SOLARE WÄRME. „That is why we are now starting a pilot with an English edition.“

The articles cover a range of international topics, for example the solar obligation in Barcelona and its effects, a portrait of a Greek company that has been producing solar collectors for almost 50 years, and a solar heating system on the highest mountain hut in the Austrian Alps. Germany’s largest solar house is presented, as is a pioneer in solar thermal systems for district heating networks. There is currently significant growth in Germany in large-scale systems for solar thermal-supported heating networks. Another article deals with so-called PVT collectors, which combine solar thermal energy and photovoltaics.

Also included is an article on the biggest misconceptions about solar thermal systems („Solar thermal energy: And yet it pays off“). It is by far the most read article on the Solar Thermal Yearbook website. „This shows how great the interest is in the technology, but also in independent information about it,“ says Jens Peter Meyer, member of the editorial team and author of the article.

„With this edition we want to test the interest, also from the solar thermal industry, and if necessary publish a complete edition in English in 2022,“ says Detlef Koenemann and invites people to send feedback to the editorial team (info@detlef-koenemann.de). „Based on this, we will decide whether there will be a more comprehensive international edition in the future.”

The solar thermal yearbook SOLARE WÄRME was published for the third time this year. In the 148-page publication, the editorial team (Detlef Koenemann, Jens Peter Meyer, Joachim Berner, Ina Röpcke) reports on the solar thermal market, technology and trends, marketing, players and applications, for example in solar architecture. In addition, there are regular reports on the website www.solarthermie-jahrbuch.de and in the social media channels Facebook and Twitter. The monthly newsletter can be ordered via the website. 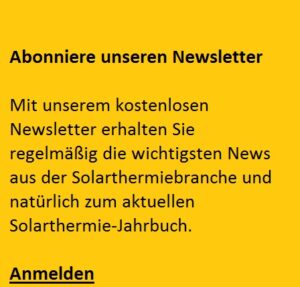 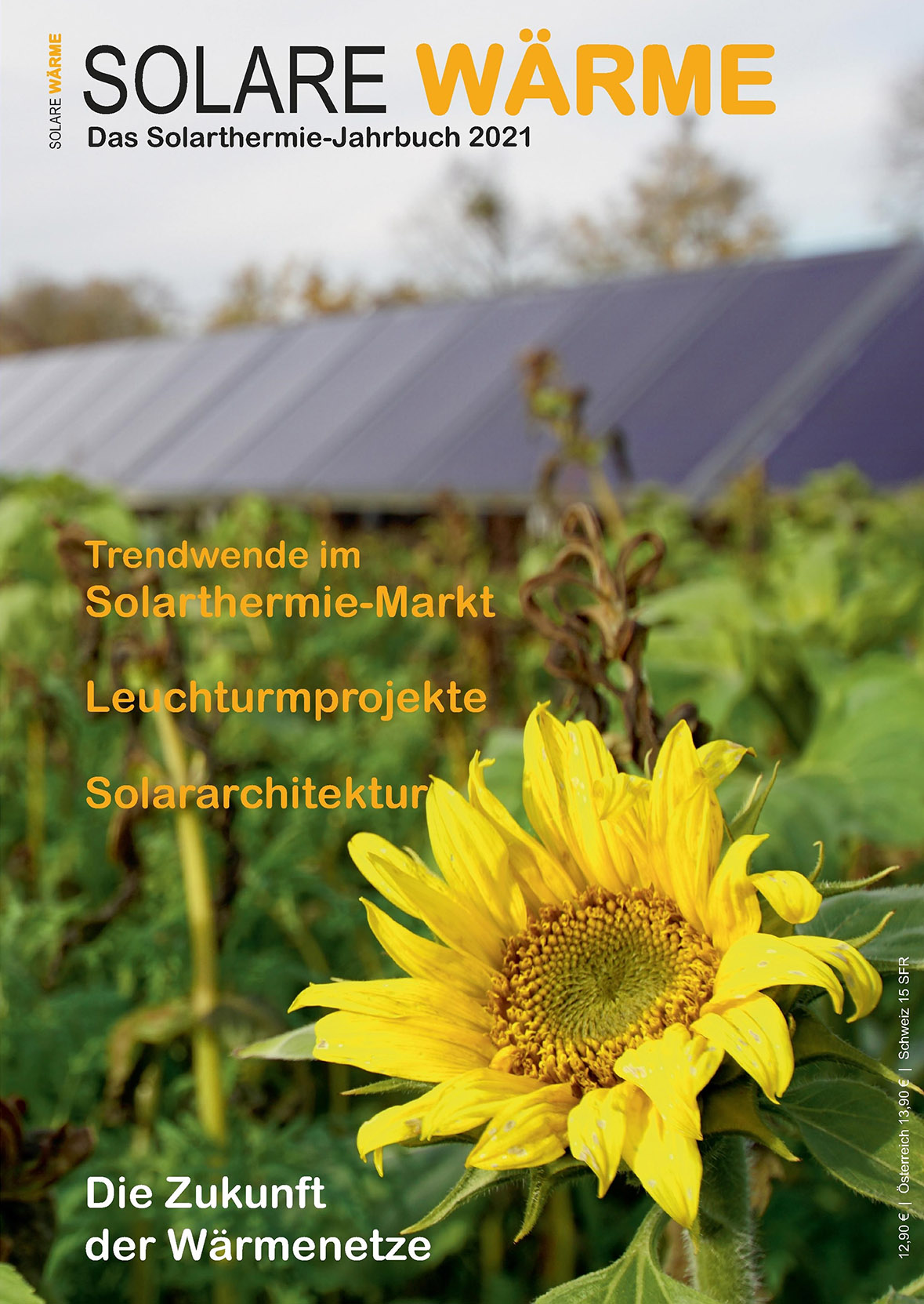